TBR is serious about maximising the long-term athletic development of our athletes and recognises the need to ensure world class training facilities to ensure progression. 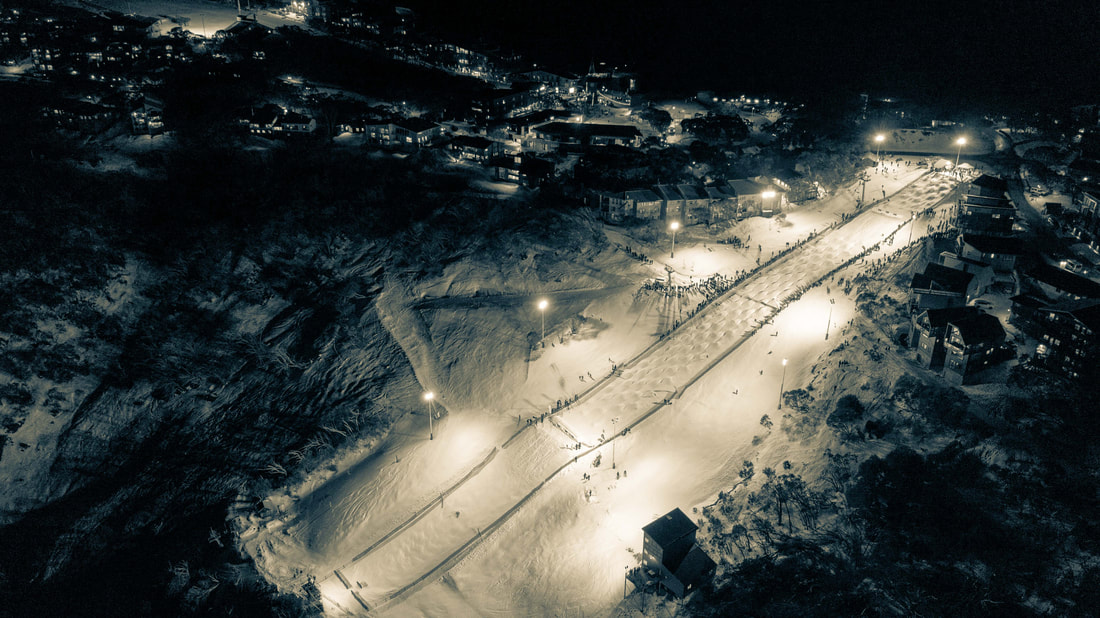 OLYMPIC TRAINING CENTRE UPDATE
The Olympic Training Centre initiatives have made a huge impact on athlete training at Mt Buller.

We are excited to announce that even more enhancements will be made in the next few years to continue to
improve the facilities for athletes at Mt Buller.

Increased Snowmaking Priority
Buller Ski Lifts and the Resort Management Board continue to make huge investments in snowmaking at Mt Buller, with construction of the new dam underway, which will more than double our current water storage.

The new dam became operational in 2020, with the resort now able to top up the water levels in the dam much quicker, with the daily limit for pumping water from catchments doubling per day.

This means that snowmaking will be turned on for Chamois significantly earlier than ever before, resulting in the jump site and mogul course opening much earlier in the season.

Aerial Site Upgrade
With the improved early snowmaking for Chamois, our aim is to have the Mt Buller aerial site operational in early July, and have it set up for all TBR athletes (Ski & Snowboard).

Extra lights will be added to the aerial site, and the plan is for the Australian Aerial Team to also train alongside the TBR athletes in the lead up to the 2022 Beijing Olympic Winter Games.

Permanent Mogul Judges Stand
Plans are currently being submitted for a permanent Mogul Judges Stand at the bottom of the Chamois course. This will allow for much improved events, with judges being at a higher level, so they can see more of the course. With the new stand being an enclosed structure, live scoring will also be improved, with judges scores feeding straight into computers for real time results.

When events are not taking place, TBR coaches can utilise the building, ensuring they see more of the athletes run and can provide improved coaching feedback.